We conducted a very successful, first time, Sykes' Regulars Officer's Call in Indianapolis, Indiana. A total of twenty former officers attended, traveling from locations all over the US. The majority of the time was spent in our hospitality suite, renewing old friendships and getting caught up on each other's lives, post Army life. Several wives, daughters, a son, son-in-law, brother, and a granddaughter also were present.
Additional activities included: An Indy Time Trial outing (well attended, and very exciting), shopping trips, sightseeing. In addition to our banquet dinner, there was a more casual dinner at Sullivan's Steak House,(on Friday evening--organized and executed by Charles Davis) with almost everyone in attendence. It was a beautifuol restaurant, and the meal, private dining area, and service was world-class.
The Indianapolis Marriott East Hotel provided great service, a very nice hospitality suite, an excellent buffet-style banquet, a good work-out room and beautiful swimming pool. The restaurant meals were good, and the cocktail lounge was a comfortable causual meeting area. The guest rooms were very nice, with incrediably comfortable beds with pillows galore.
There was a lot of discussion about continuing our Officer's Calls. A committee of four men: Ron Hopper/ Bob Neilson/ Charles Davis/ and myself (Mike Herber) has been formed to set a date and location, a little over a year from now.
We had several men who, for various reasons, were unable to attend this year and have stated that they will make our next Call. Chuck Seketa and I feel there is a good chance we will double our attendance numbers for the next event.
You will be advised as soon as a DATE/ LOCATION has been set for our next Officer's Call in 2008.
Mike Herber 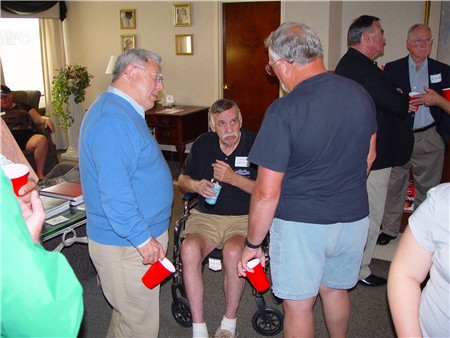 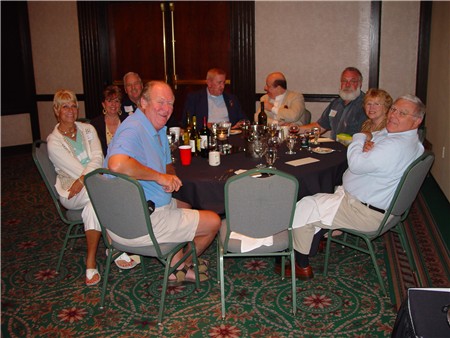 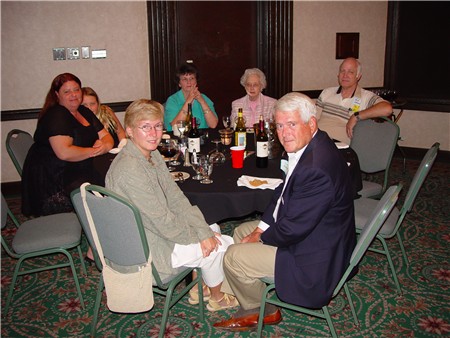 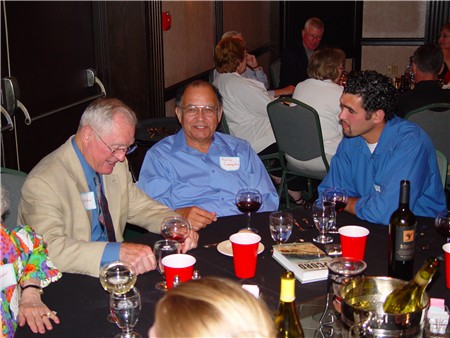 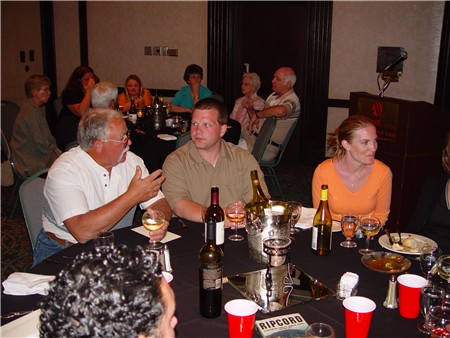 (L to R)
Chuck Maxon with son-in-law and daughter 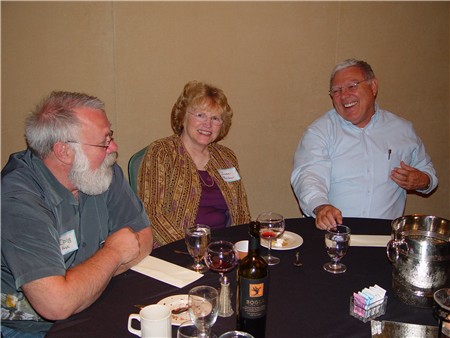 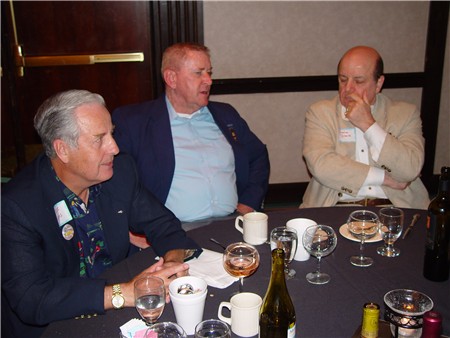 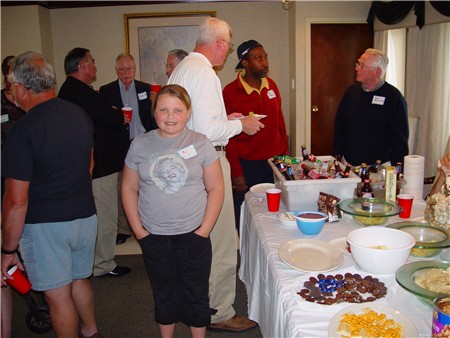 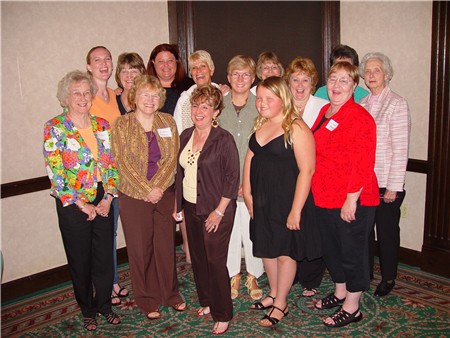 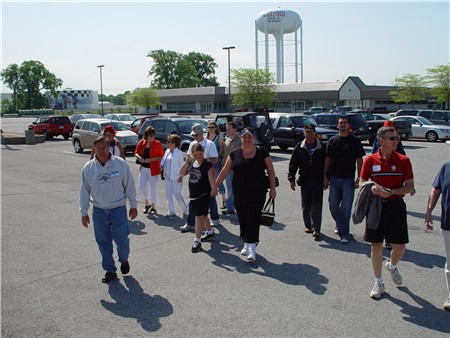 Our Group at Indy Race Track
headed for Time Trials 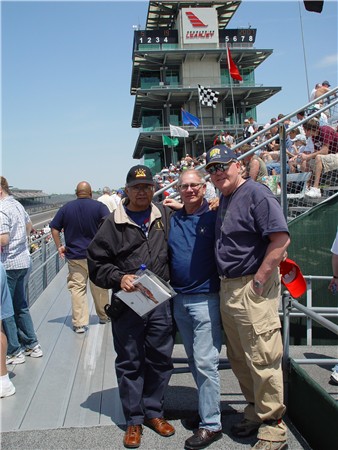 Back To Main Page
Back To Contents